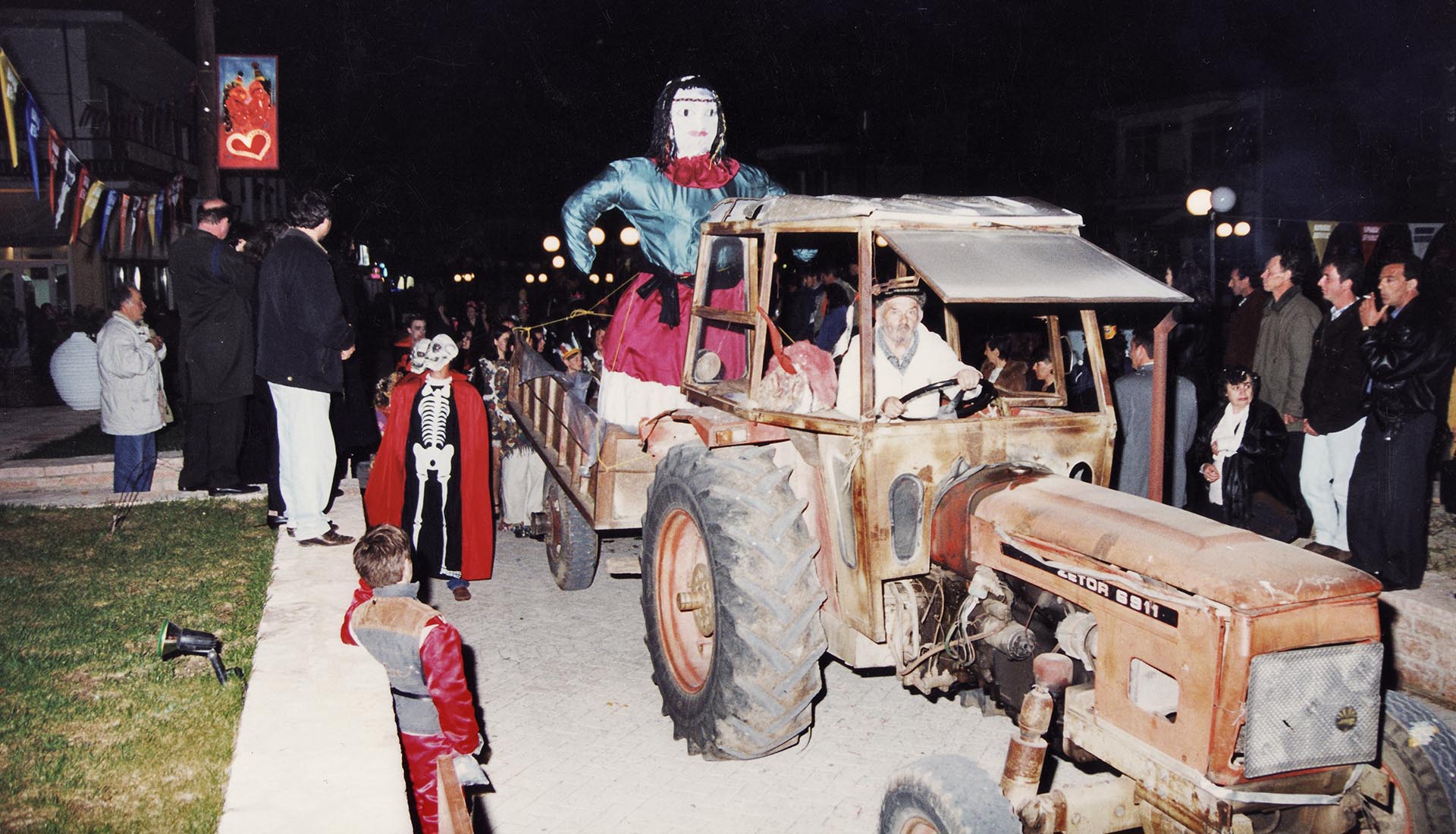 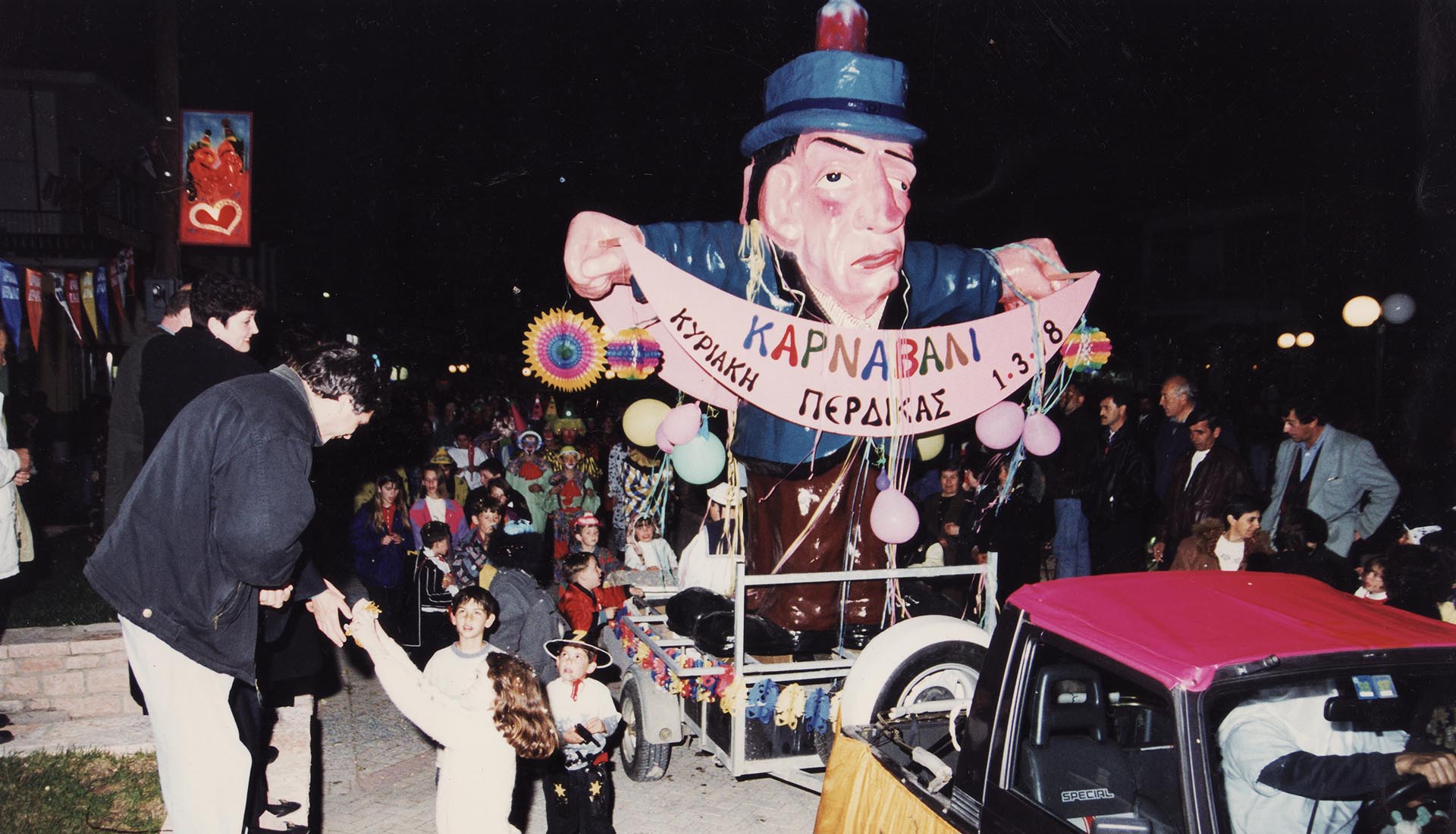 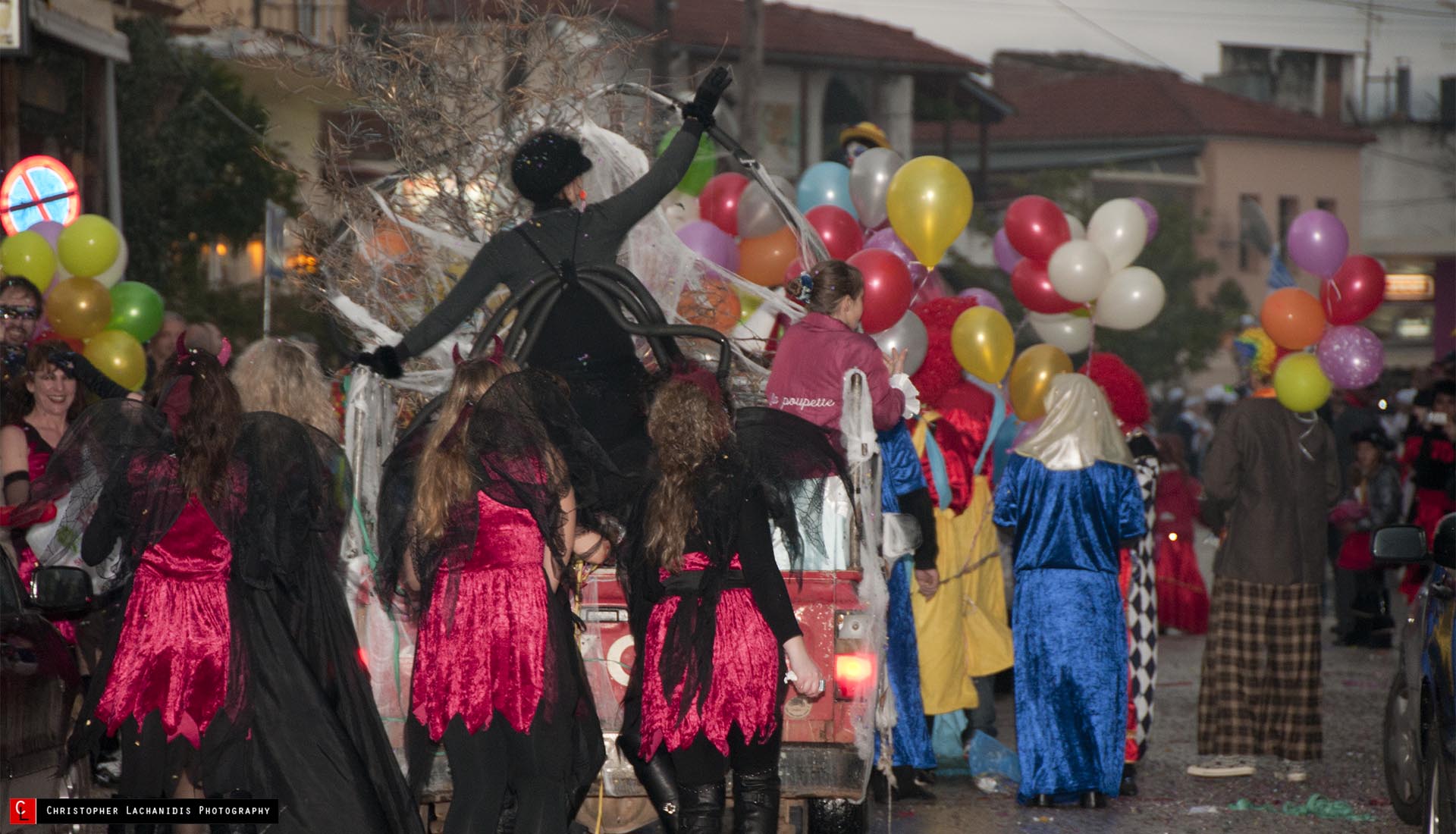 Imagination beyond any imagination! 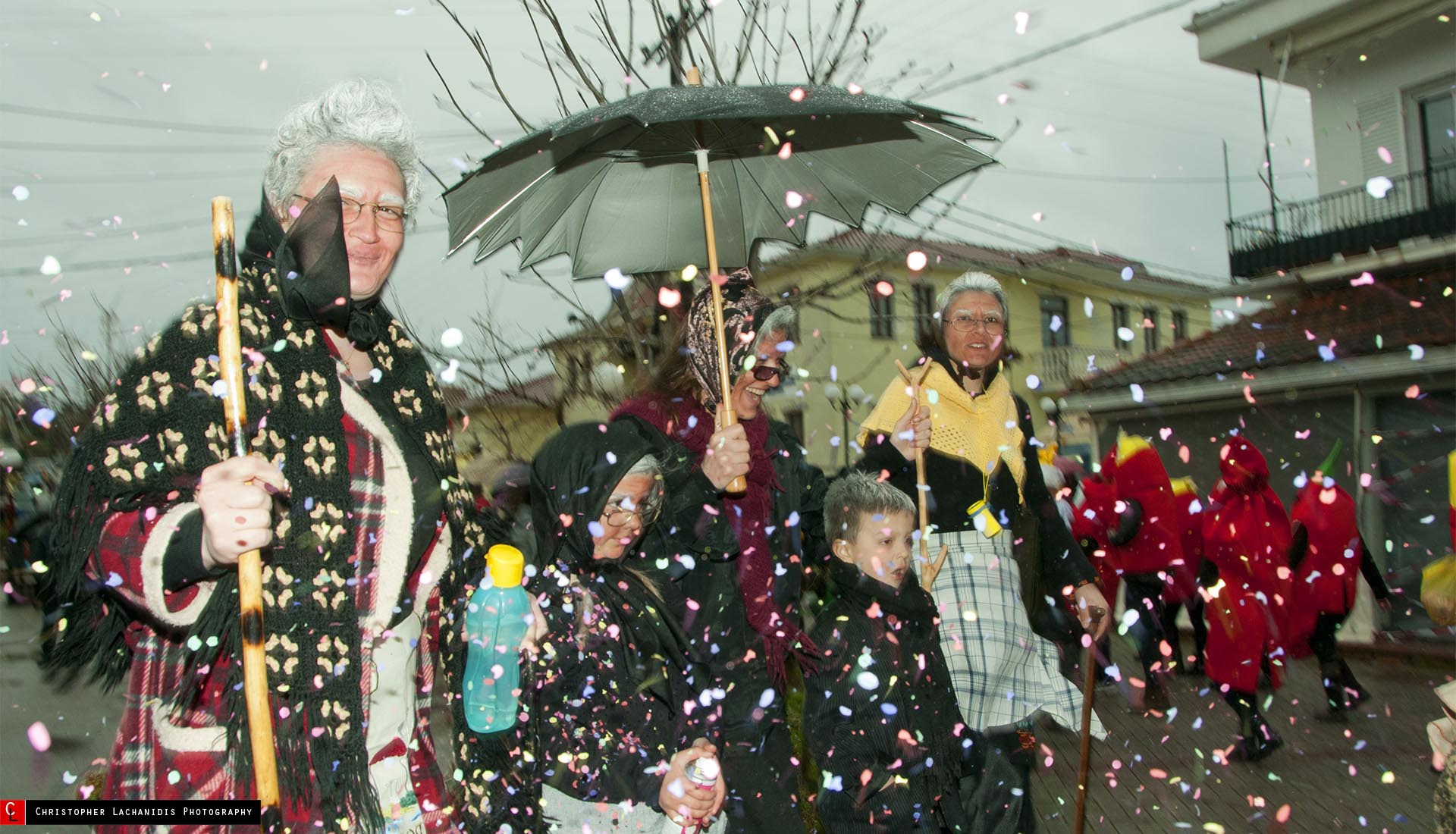 For young and older children! 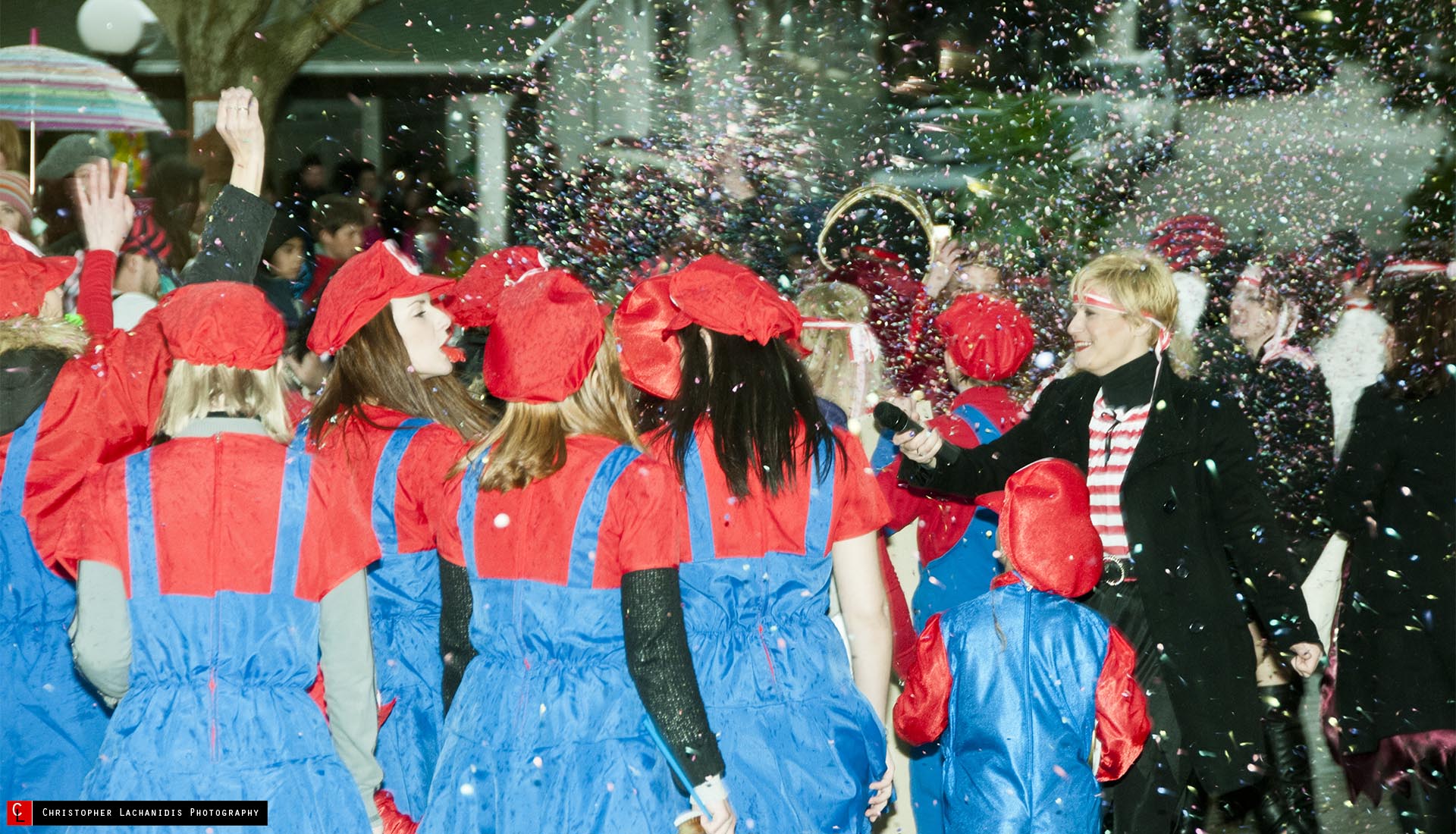 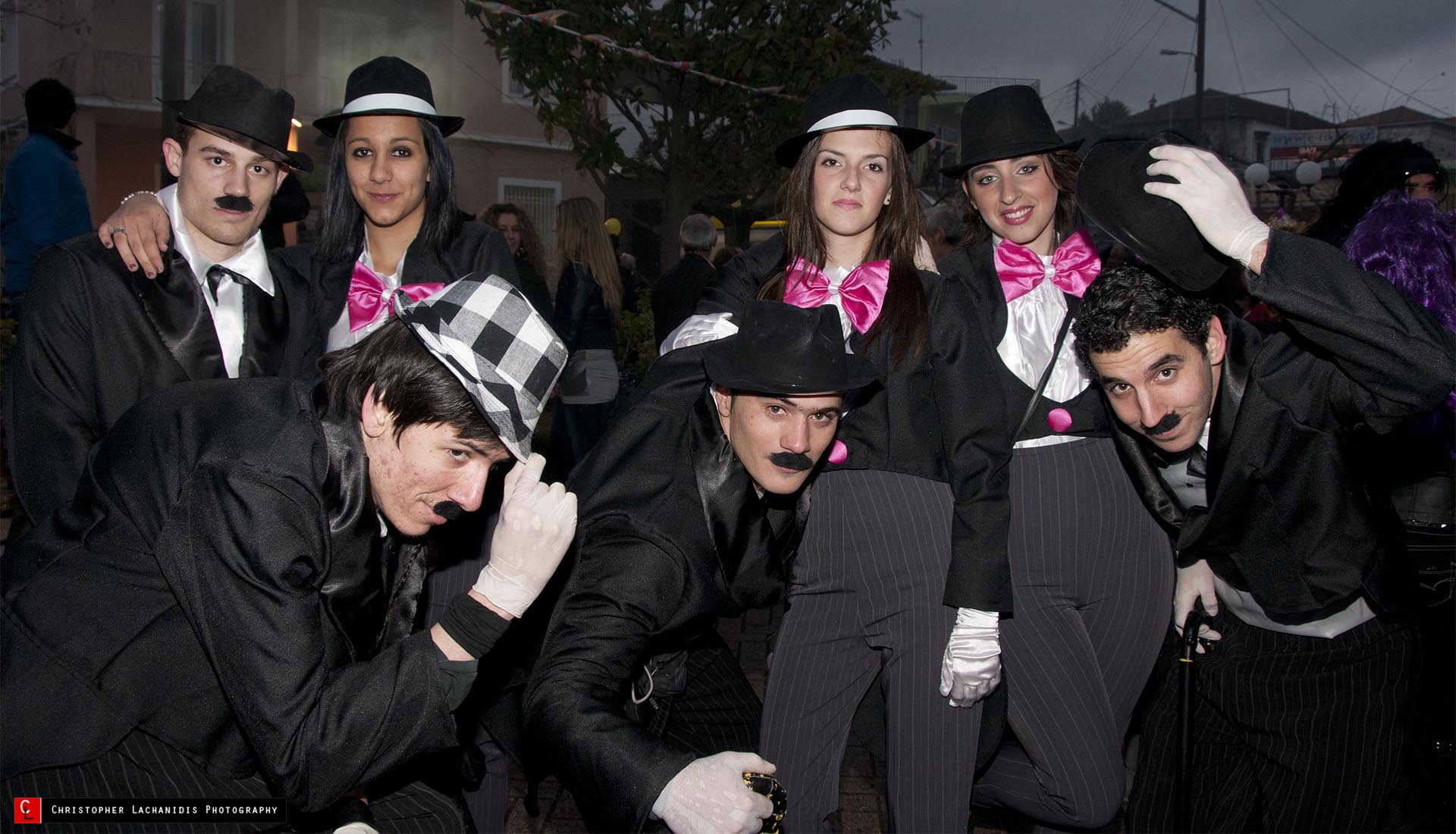 And everything is possible! 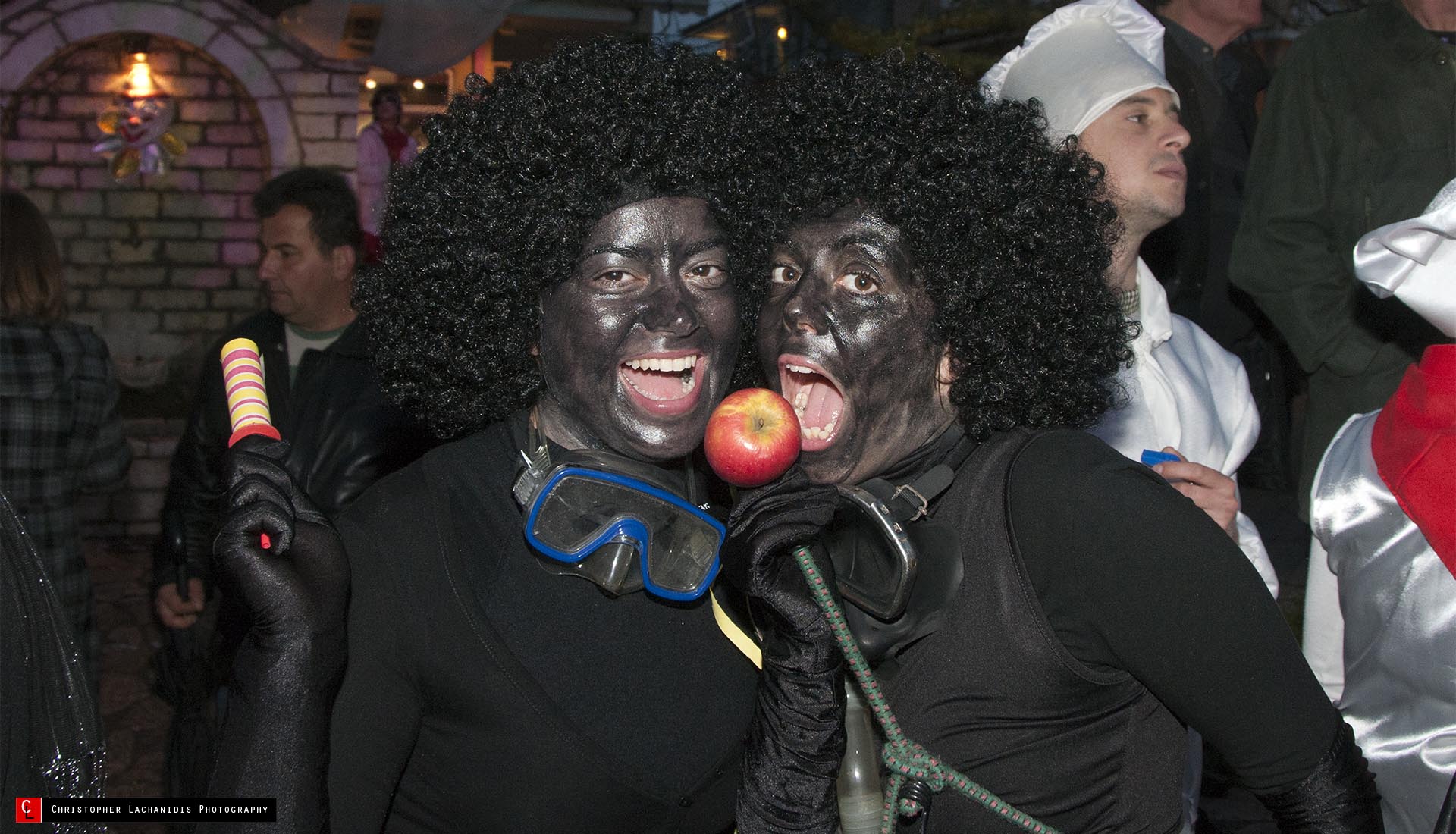 The Carnival of Perdika is one of the oldest and most famous carnivals in our region.
It was born out of the need of the villagers for fun and has a history dating back about half a century.
It started in 1963 with its leaders: Lachanidis Dimitrios, Makris Antonis, Melos Vasilios and Pakos Michael, who then gathered in a village cafe, where the Perdika Amphitheater is housed today and decided to light a fire and make a carnival.
This idea, with the support of the villagers, was widely spread and embraced by the wider region, resulting in the carnival of Perdika getting flesh and soul.
Then came the first carnival chariot driven by Lachanidis Dimitrios (Dimos), who always wore his special hat, which had two large horns, a trademark of the carnival leader, carrying wood on his tractor for the carnival's fire.

In 1974 with the dynamic presence of: Verbis Ioannis, Lachanidis Panagiotis, Mokos Eleftherios, Siozios Vassilis, Kostas Mitsos, Kouratoras Konstantinos, Mokos Dimitrios, Zografos Giorgos, Fasoulas Nikolas and a large group of women. The carnival is supported by the voluntary action of women who sew their own costumes for all groups, first in their homes and then in the Spiritual Center. The women who pioneered and believed in the idea of the Carnival were: Calivioti Haifa, Verbi Elizabeth, Mokou Giota, Mokou Evangelia, Siozou Marika, Kouratora Georgia, Mokou Voula, Mokou Evangelia, Siozou Marika, Mokou Voula, Zografou Charitomeni, Spiridou Petroula, Lachanidou Sofia, Siozou Sini and many more (Source: Perdika Cultural Association, Takis Mokos Personal Archive.) 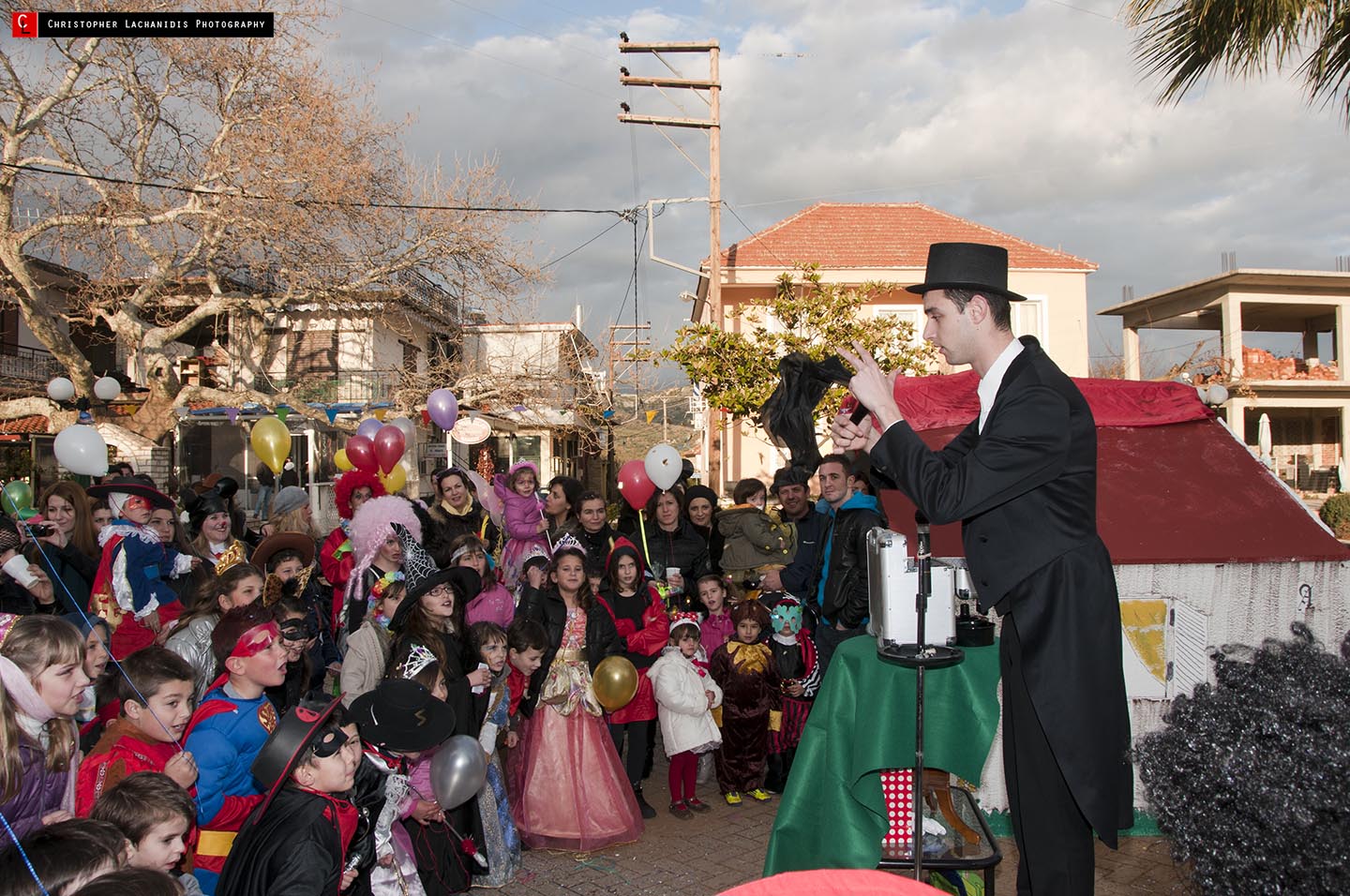 The children's carnival takes place in Perdika on the first Sunday of Carnival with the participation of children and adults from Perdika and the surrounding villages!
Creative games, treasure hunting, carnival makeup, homemade sweets and treats, dancing and finally carnival burning and all in the village square away from traffic and cars.
Come with your kids to the Perdika children's carnival and have fun! 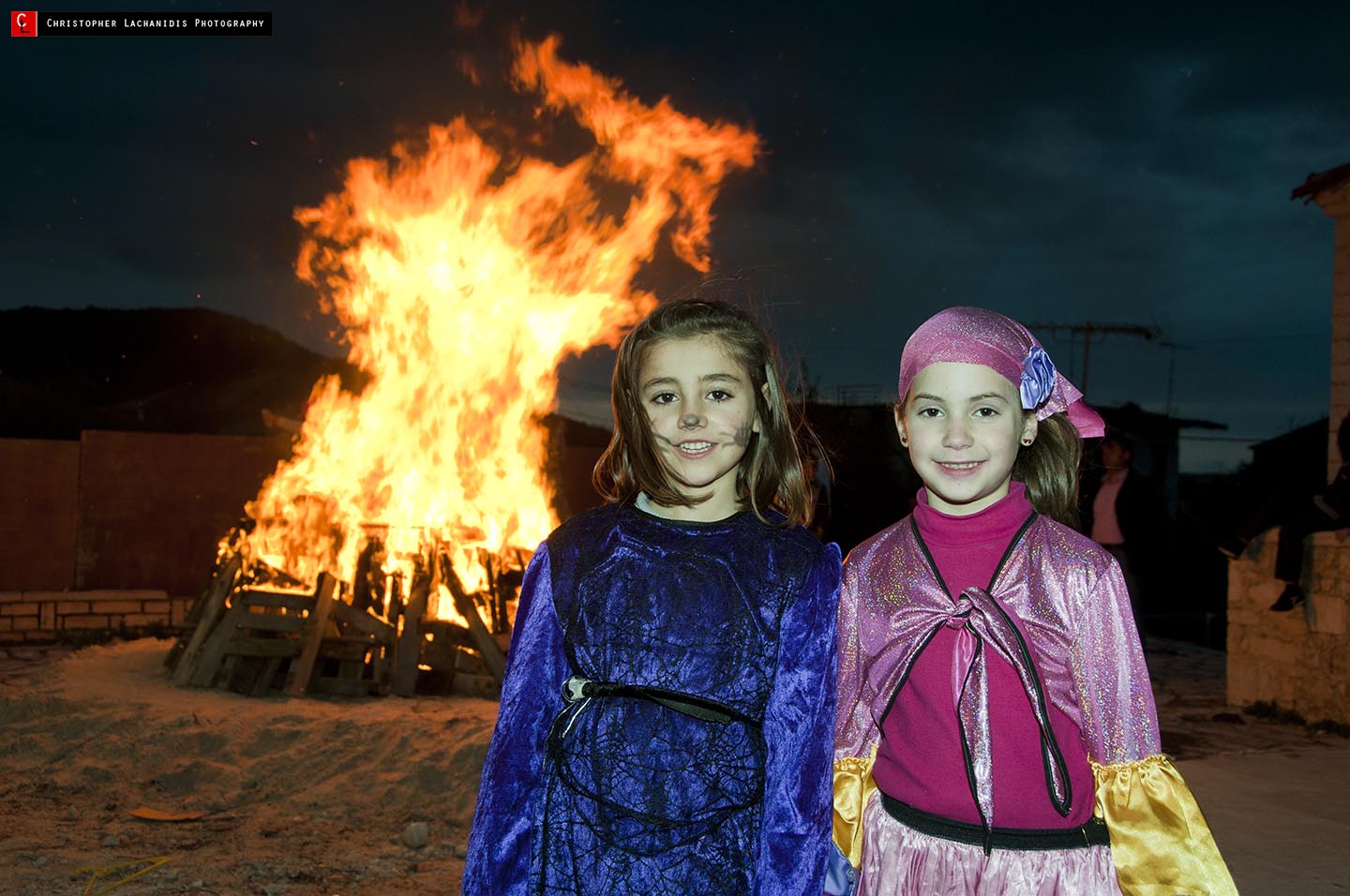 From the first years that Dimitris Lachanidis showed up wearing his horned headgear as a modern Dionysus, until now, Carnival of Perdica continues to scatter cheerful memories amognst people!
Groups of carnivalists, chariots, fun, dance, imagination, create an explosive-festive atmosphere!
Celebrations begin on the first Sunday of Halloween with a children's carnival, treasure hunt, carnival makeup, clowns and Carnival burning!
Next Sunday is the big Carnival with a parade of chariots and a crazy spree at Perdika Square!
The festivities end the next Monday with the traditional kite flying in Karavostasi where hot beans, lagan and tarama are offered!
Come to Perdika for Halloween to have fun with us and get away from the usual! 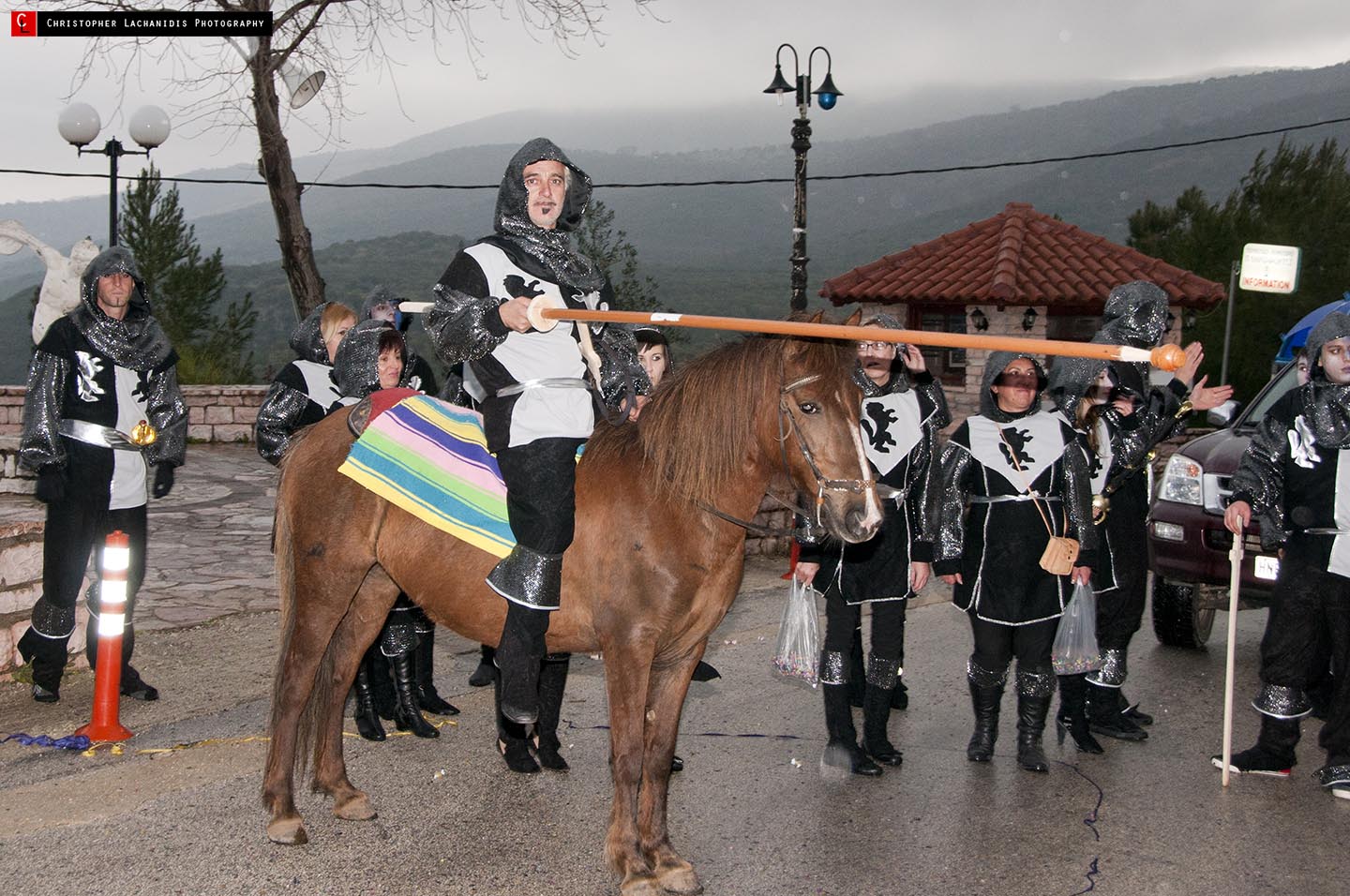 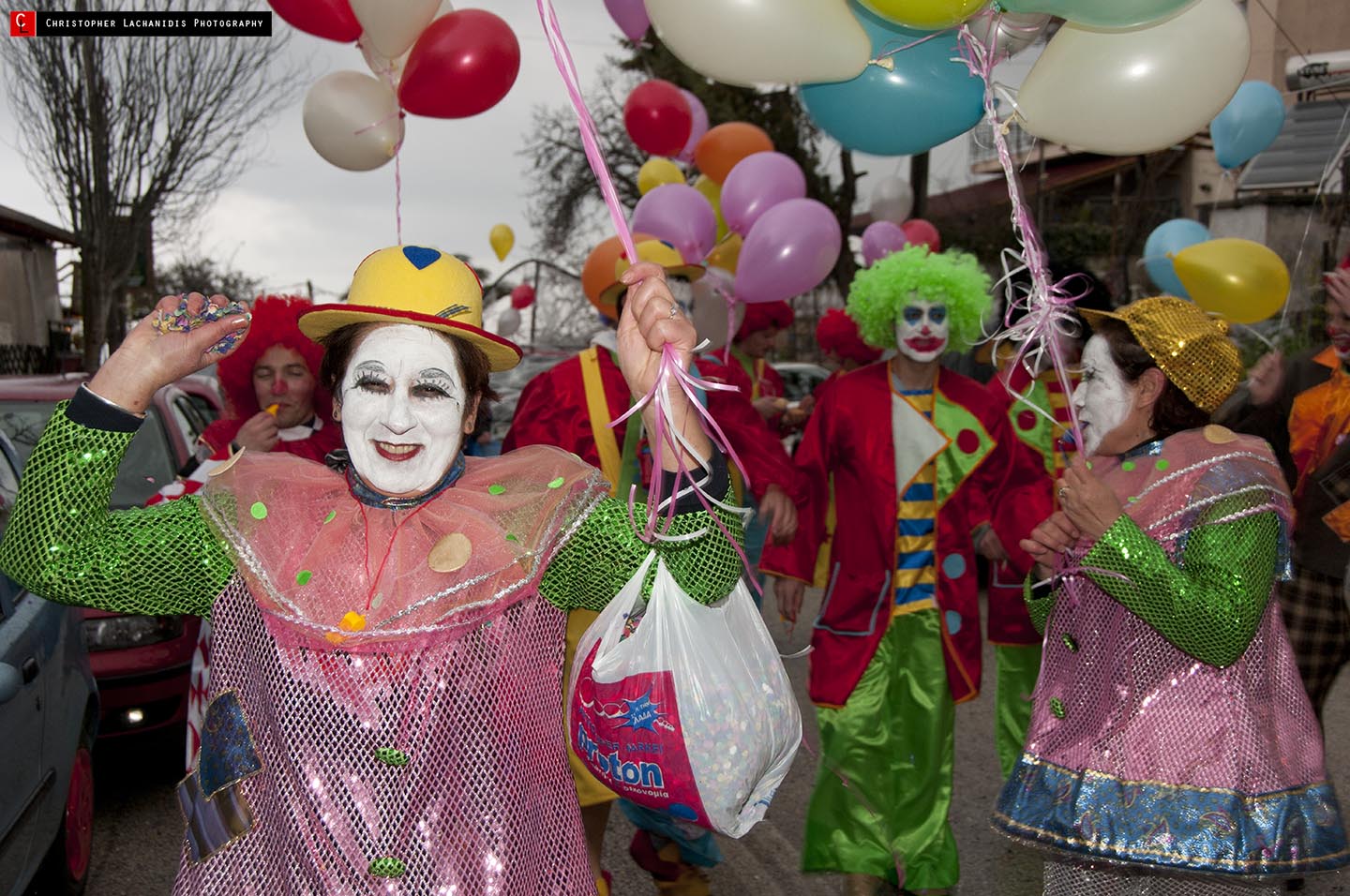 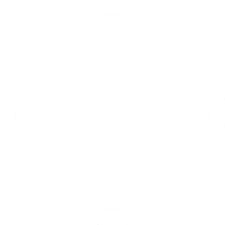